skip to main | skip to sidebar

Merry Christmas to everyone that enters this yet unknown blog ;) I wish you all to have some awesome holidays and I hope this blog can grow in this 2008 that's practically around the corner.

Here I let you this interview with Emily and Michela Conlin, Eric Millegan and Hart Hanson during a WGA rally on Monday 17 I think. Maybe you saw it already, but Emily looks so natural and really beautiful. And I love the T-shirts she and Michela have. Humerus.

Finally I found some High Quality and without tag photos of The Strike Show. Thanks to Emily Deschanel . org which is now up and running again, check it out.

If you would like to read about Emily's Performance and the Show in general go here, it has very detailed review about every sketch and a few photos of Emily after the play on Friday.

It's a very nice interview before her performance on Wednesday.
Publicado por Sofi en 2:43 PM No comments: 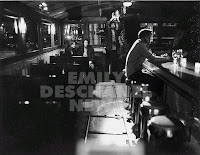 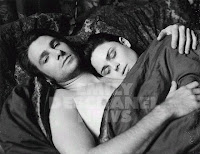 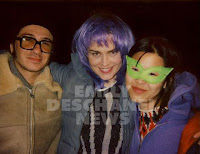 First two black and white photographs are from the movie "That Night" (2005). In which Emily did the role of Annie. The third one is Emily in some kind of party. Not sure right now. I found them like a week ago and thought they were amazing and now I'm here sharing with you all.

If you would like to see a trailer of this movie just make a magical click here.

Special thanks for both three photographs to Sharon Watt, go and check her flickr account. It has some great photos.
Publicado por Sofi en 1:09 AM 4 comments:

Emily will be performing next to 13 more actors and actress at the Steve Allen Theater on Wednesday 12th and Friday 14th of December (next week).

The show is going to be about a sort of parody of the WGA strike that is happening right now, since November 5th. Tickets cost $20 in advance and $25 at the door. All proceeds will benefit members of the industry who are affected by the strike via the Motion Picture and Television Fund, which provides financial assistance to industry members during these challenging times.

The show is promising and as the producers themselves says it will "blow your f*cking mind."

For more information about this and the other shows going on check out the Steve Allen Theater Site.

For more information about the strike and it's last news go to WGA Official Site or United Hollywood Site.
Publicado por Sofi en 8:28 PM No comments: 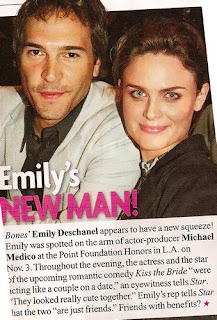 Star Magazine published this article on Nov. 26 about Emily spotted with actor/producer Michael Medico at the Point Foundation Gala in Nov. 3. Rumors says that they are in a relationship but Emily's rep stated "they are just friends"; and fellow Michael Medico did the same on his Hot in Hollywood blog.

His response to this article was "I did not have sexual relations with that woman."And stated: "And yes, we're friends with benefits, the benefit being Hot in Hollywood!".

Next Friday (12/7), CBS is set to air the first annual Movies Rock event, which will celebrate music and its role in filmmaking. A number of stars in the entertainment industry are all set to participate in the two-hour special, either as presenters or performers. Luckily for us Emily is going to present an award!!

If you have any tips/comments/anything feel free to email me about it ;)